Skip to content Skip to sidebar Skip to footer

Plain X ray in suspected bowel obstruction. Is that all?

A 67 y/o woman arrives in the ED at 5pm because of diffused abdominal pain since 2 hours. She has nausea and she refers costipation from the day before.
She has a history of hysterectomy 5 years before because of fibroma.
Vital signs are normal, she presents pale and sufferer for pain, the abdomen is distendend and palpation cause pain all over it.
Bowel movements are present but abnormal.
Plain x ray shows 2 little fluid levels without the evidence of dilated loops of bowel, so radiologist describe it as negative.

Has plain x ray changed your previous clinical judgment about the suspect of bowel obstruction? 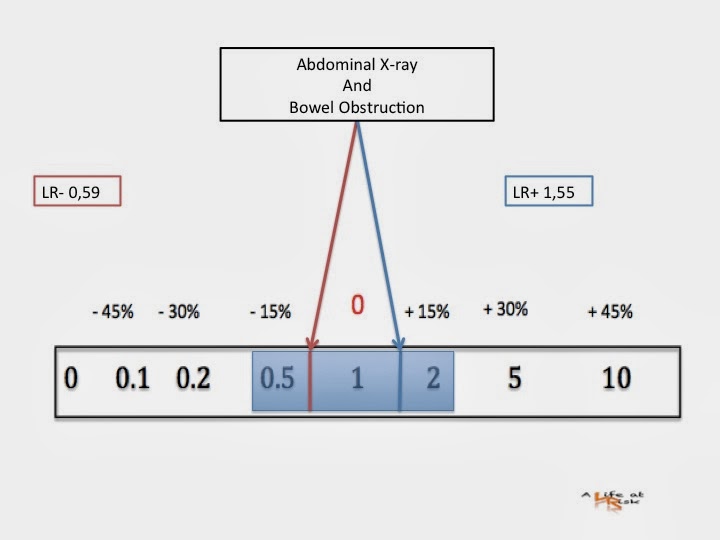 As we saw in a previous post, clinical suspicion of bowel obstruction in this case is very high, so a negative x-ray may only lead to false negative results, on the other hand, if positive, it does not increase our post test probability.
For several years x-ray has been the only imaging for patients with suspected bowel occlusion, maybe it’s time to declare its end…

Is cervical spine X-ray necessary if there is a distracting injury?

Be the first to know the latest updates